Refusal to Give Blood or Breath

The Law Offices of Michelle A. Fioravanti P.C.  >  Refusal to Give Blood or Breath

If you have been stopped by the police for a DUI, after being arrested you were most likely asked to give a sample of your blood or breath. Call the Law Offices of Michelle A. Fioravanti at 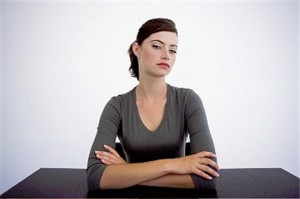 484-876-1543 or contact us if the police didn’t obtain a sample of your breath or blood, because you may be facing a lengthy suspension of your Pennsylvania driver’s license – a license suspension given by PennDOT in addition to any license suspension for your DUI case.

If the police did not obtain a sample of your breath of blood when you were arrested for a DUI, PennDOT will mail you a notice that it is going to suspend your Pennsylvania driver’s license from 12 to 18 months, depending on your driving record based on PA DUI penalties. With very limited exceptions, you have 30 days from the mail date on the notice of suspension from PennDOT to see a lawyer and file an appeal. PennDOT can suspend your driver’s license for refusing to take the chemical test even if you were found not guilty of the DUI charge or received ARD.

A PennDOT driver’s license suspension appeal for a chemical test refusal is similar to DUI trial. In order to suspend your Pennsylvania driver’s license, PennDOT must first establish that there were reasonable grounds to believe you were driving under the influence, that you placed under arrest for DUI, that you were asked for a test or your breath or blood, and that you refused to provide a sample of breath or blood. PennDOT establishes these things by having police officer(s) testify on its behalf. When PennDOT finishes its case you can testify, call witnesses or present other evidence on your behalf.

An experienced license suspension lawyer can attack PennDOT’s case in several ways. Some examples are the police did not have reasonable grounds to stop you, you were not completely or properly informed of what would happen to you if you didn’t submit to the test, you didn’t understand what the police were telling you because of a language barrier, you had a physical condition that prevented you from completing the requested chemical test, etc.

For a free initial consultation to learn more about a PennDOT driver’s licnese suspension because of a chemical test refusal, please call the Law Offices of Michelle A. Fioravanti at 484-876-1543 or contact us. As your license suspension lawyer, we will provide experienced and aggressive representation you can trust. Your license suspension case is important, and it will receive the personal attention it deserves.