The Law Offices of Michelle A. Fioravanti P.C.  >  Speeding 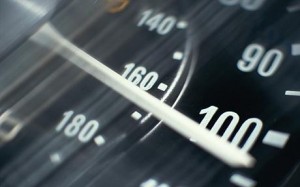 You should hire an experienced driver’s license suspension and criminal defense lawyer to fight for your rights. As a former Assistant District Attorney for the City of Philadelphia and PennDOT lawyer for the Commonwealth of Pennsylvania, I have extensive experience litigating speeding ticket cases.

Call the Law Offices of Michelle A. Fioravanti at 484-876-1543 or contact us for a free consultation about your case.

Below are relevant portions of the Pennsylvania Vehicle Code explaining more about the serious offense of Speeding:

(a) General rule.–Except when a special hazard exists that requires lower speed for compliance with section 3361 (relating to driving vehicle at safe speed), the limits specified in this section or established under this subchapter shall be maximum lawful speeds and no person shall drive a vehicle at a speed in excess of the following maximum limits:

(1.1) 65 miles per hour for all vehicles on freeways where the department has posted a 65-miles-per-hour speed limit.

(i) is not a numbered traffic route; and

(ii) is functionally classified by the department as a local highway.

(3) Any other maximum speed limit established under this subchapter.

(b) Posting of speed limit.

(1) No maximum speed limit established under subsection (a)(1), (1.2) or (3) shall be effective unless posted on fixed or variable official traffic-control devices erected in accordance with regulations adopted by the department which regulations shall require posting at the beginning and end of each speed zone and at intervals not greater than one-half mile.

(2) No maximum speed limit established under subsection (a)(1.1) shall be effective unless posted on fixed or variable official traffic-control devices erected after each interchange on the portion of highway on which the speed limit is in effect and wherever else the department shall determine.