Beer can be delivered with food in Pennsylvania 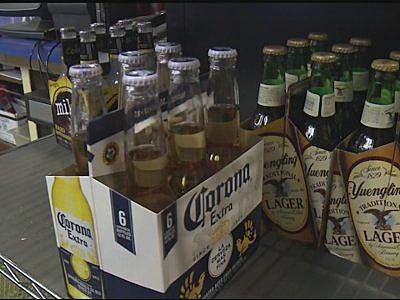 The Pennsylvania Liquor Control Board (LCB) has recently ruled that restaurants, grocery stores, pizza and sub shops, and other food and beer serving outlets to deliver up to two six packs of beers (up to 192 ounces.)

The ruling comes with a few catches for both the retailer and the consumer. For instance, consumers ordering beer must pay by credit card over the phone, instead of handing money to the delivery person. Retailers must have a “transporter for hire license,” which can cost about $1,000, which depends on the type of establishment.

Retailers with this license can transport up to 192 ounces (or just over two six packs of beer.)

This license has been around for quite a while, and the ruling simply clarified that establishments selling food and beer can take advantage of it. In fact, a customer could call a licensed sub or pizza shop and just order beer, she said.

Most shoppers know that buying six-packs at bars, delis or restaurants – as opposed to cases at beer distributors, which also deliver to residences – usually involves a stiff markup.

Still, there are safety considerations. Topping the list is ensuring that minors don’t take advantage of the change.

Delivering beer also poses liability issues, even if employees use a mobile scanner to check licenses to avoid selling to minors.

Industry officials counter that restaurants, bars, and other places that sell alcohol have trained staff to seek proper identification and will not serve (or in this case, hand over) beer to people who cannot verify their age.

As the ruling unfolds, issues will arise.  These are issues that will have be dealt through the legislature and the courts.