DUI Driving Under the Influence Breath Tests Thrown Out By Judge 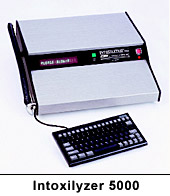 Dauphin County Common Pleas Court Judge Lawrence Clark Jr. recently ruled breathalyzers cannot be considered accurate beyond a blood alcohol reading of 0.15 percent or below 0.05 percent. In Pennsylvania, a driver is considered impaired with a blood alcohol level above .08.

The judge’s ruling — which for now applies only to Dauphin County DUI cases — means the machines cannot be used to determine if a driver is drunk enough to be charged with the state’s highest level of impairment, which of course carries the highest penalties. The court specifically targeted cases in which the blood alcohol contents were obtained using the Intoxilyzer 5000 machine. Thousands of drunk driving cases in the Harrisburg area could be  compromised by the recent decision.

This is a very significant ruling for those charges with the highest tier of DUI driving under the influence. The Philadelphia Police Department, as well as many local police departments in Chester County and Montgomery County area, use the Intoxilyzer 5000 machine to obtain results in DUI drunk driving cases.

For now the opinion of the Dauphin County judge is persuasive in the courts of Chester, Montgomery, Philadelphia, Delaware, Lancaster, Bucks and Berks Counties. The repercussions could be vast if the Pennsylvania Superior Court or Supreme Court agree with the Dauphin County Judge.

You should immediately contact 484-876-1543 if you have recently been arrested for DUI driving under the influence after taking a breath test. Based upon this new case you may have the charges thrown out and be found not guilty of the DUI.