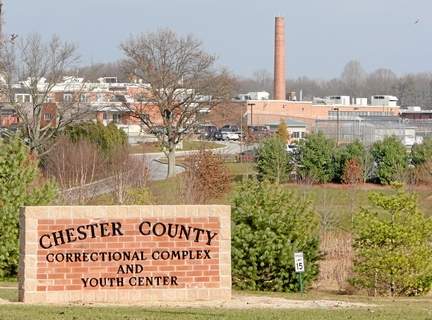 Two alleged criminals facing life in prison for murder planned an escape from the Chester County Prison in West Chester. Their plans were thwarted last Tuesday.

Four people, two of whom are inmates facing life in prison for murder, allegedly planned a daring and violent escape that would have likely resulted in a deadly shootout with correctional officers.

It is reported that Shamek Hynson, 32, and Saleen Williams, 21, aided by their girlfriends, developed a plan to break through security glass inside the prison’s visiting area and arm themselves with weapons from the outside. According to the plan, the inmates would then fight their way out of the prison to a waiting car and eventually travel to Mexico.

That led investigators to review recorded conversations that indicated the group was forming a plan, according to court documents. The inmates and their girlfriends appeared to understand that their conversations were monitored and often spoke in code, officials said.

Correctional officers eventually found a conversation in which one of the women allegedly described the methods she would use to send Williams the drugs. Officials said those conversations also contained references to Hynson, which led investigators to review correspondence between him and his girlfriend as well.

It was in those letters, Hogan said, that correctional officers first learned of the escape plot when Hynson mentioned that he and Williams would need more money when they went into hiding.

“At that point this case became a race against time,” Hogan said. “The Prison and Chester County Detectives realized they weren’t just dealing with a contraband case anymore, they were dealing with a potential prison break.”

Facing criminal charges? Contact the Law Offices of Michelle A. Fioravanti at 484-876-1543 or visit www.fioravantilaw.com for an experienced criminal lawyer.