Doctor Charged With Driving Under the Influence of Alcohol and Drugs 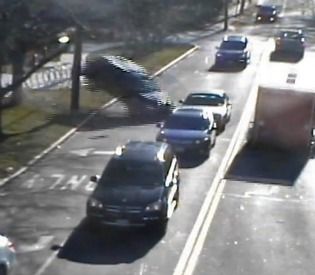 A prominent Boston area emergency room doctor is facing driving under the influence and reckless driving charges after she sped through a Whole Foods parking lot and smashed into another car, sending the occupant of that car to the very ER in which she works.

Police say the doctor was behind the wheel Friday morning when they found prescription drugs in her possession that she prescribed for herself – even though Massachusetts law forbids doctors from self-prescribing medication.The 78-year-old man who was hit was taken to the hospital and suffers from two cracked ribs and a hematoma on his leg.

On Friday morning at around 8:45 a.m., the doctor was driving her Subaru Outback through a Whole Foods parking lot when she struck a Whole Foods delivery truck. She then backed up and hit a fence, drove forward, and then drove backwards again, hitting the fence again. She then accelerated and drove her car into a decorative granite post, police stated, snapping the post in half and sending the top half sailing across to the opposite side of the street. The crash sent the doctor’s car airborne, and she sideswiped a tree before hitting the Mercury Marquis driven by the elderly gentleman. The collision sent the Mercury Marquis into the opposite travel lane, where it slammed into a trailer towed by a dump truck.

When police interviewed the doctor at the scene, they could smell alcohol on her breath. Her speech was  slurred, her eyes glassy and her pupils dilated, and she failed a field sobriety test. Police found multiple types of narcotics in her possession and in her car.

The doctor’s attorney told the judge that his client has been struggling with personal issues. The doctor was released on her own recognizance, but has been relieved of hospital duties.